The following code does not specify, all default to use the starlette framework.

The current document is generated by Google Translate, if there are any errors, please contact us and we will fix them as soon as possible.

Use Type Hints in your project

The usage of Pait is very simple, taking the starlette framework as an example

This code adds the highlighted part of the code to complete the use of a simple Pait, of which line 24 uses the pait decorator, so that Pait can manage the input and output of the route, At the same time, declare what the output format of this routing function is through response model list. Lines 26 and 27 declare the parameters required by this route, where to get their parameters, and what are the restriction rules for the parameters. Line 35 registers a Swagger route, then runs the code, and in the Browser access: http:127.0.0.1:8000swagger, you can see a SwaggerUI page, which currently has two sets of interfaces: 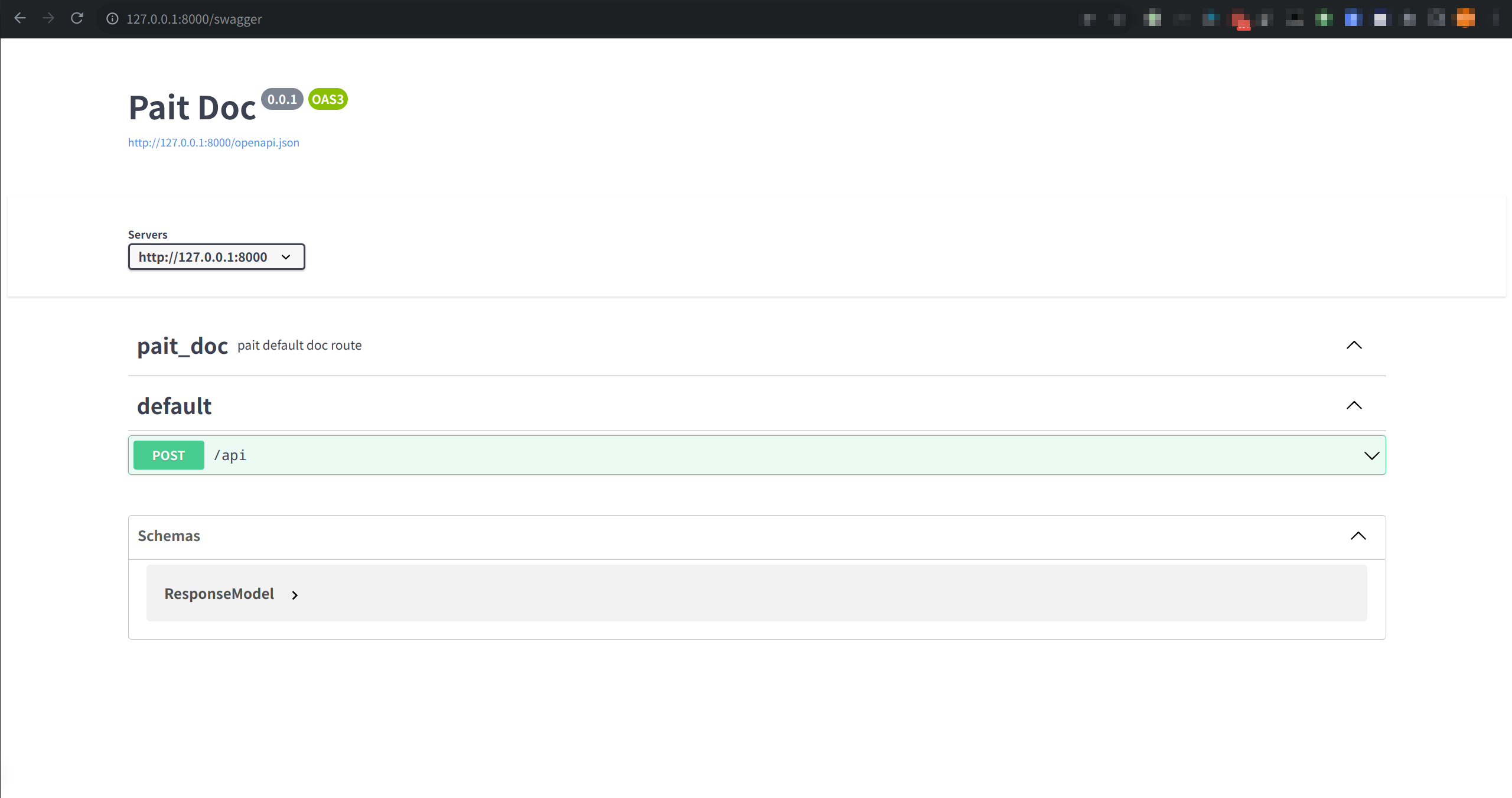 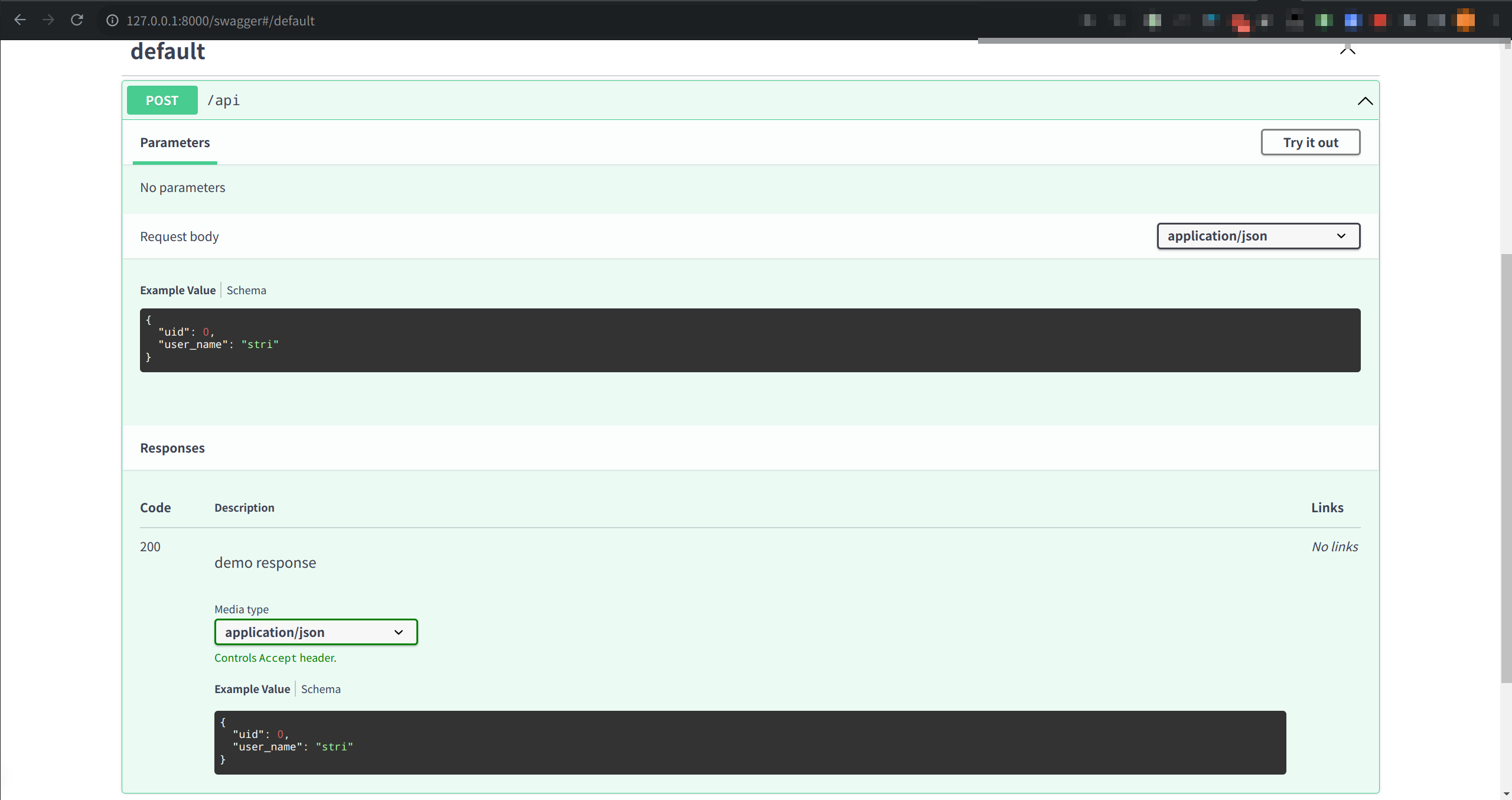 The data in the details is generated by Pait by reading the function signature and the incoming DemoResponseModel, then you can click try it out, enter the parameters and click Execute, you can see the result generated by the Curl command And the server response result: 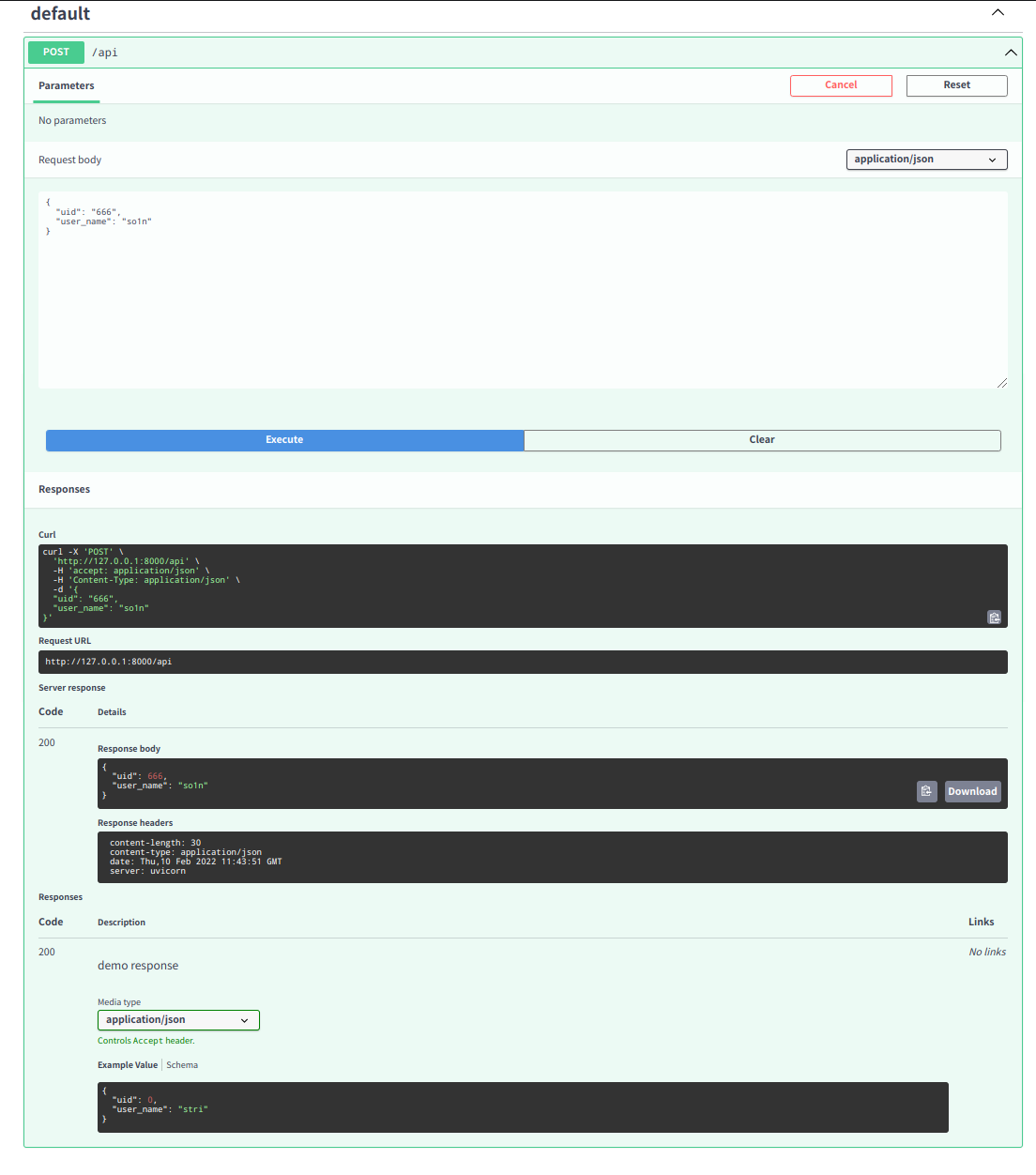 In addition to parameter verification and API document generation, Pait also has a plugin system, through which other feature can be extended, such as the Mock response, which can automatically return data according to the Response Model, even if the route has no data to return, such as the following the code:

The code is modified from the above code, it removes the return response, and introduces the highlighted part of the code, where uid: int = Field(example=999) in line 17 specifies that the example value is 999, then run the code and run the Curl command returned by Swagger above: As you can see, the interface can still return a response, which is automatically generated by the Mock plugin. The value of uid in the response is 999, which is the same as the uid: int = Field(example=999) set in our code, and the value of user_name is the default empty string.

In addition, Pait has other plugins and other feature, which will be described in detail in subsequent documents.

Pait implements function signature extraction based on inspect that comes with Python, implements parameter verification and type conversion based on Pydantic, and also uses a lot of preloading designs, so the runtime performance of Pait is so good。 However, the current Pait is still growing, and there are still many areas that need to be optimized. Welcome to optimize together through issues。

Pait has complete code samples for each supported web framework, you can learn best practices by visiting the sample code: